What is Animated Video Production?

Digital 2D animation or animated video production is the most used type of animation. It is used for creating animated movies, cartoons, marketing videos, education materials and so much more!

Think about classic Disney animations like Snow White, Bambi, and Mickey Mouse.  They use traditional 2D animation. Animators now use computer technologies to draw characters directly into backgrounds. This speeds up the process but no matter what it is still very time-consuming.

Because of the rise of video content and content marketing, more businesses are turning to animated videos for promotion. 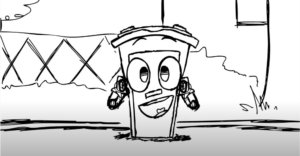 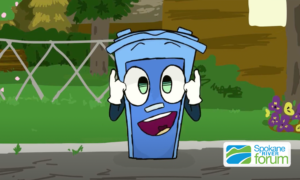 How does animated video production differ from live-action videos?

The first step in any animated video is pre-production. During this stage the story is being developed, characters are being drawn, color palettes are picked. But the most important part is finding the correct Voice-Over Artist who will bring the character alive.

Make sure you have a well-written script. It will guide the animator with all the visual actions as well as the storyline. Then the Voice-Over artist is provided the final script and the sketches of the character(s).

The animator will work out storyboards, sketches, and backgrounds for the video.

As you can tell animated videos differ from live-action. There is no camera, no lights, and no on-screen acting. 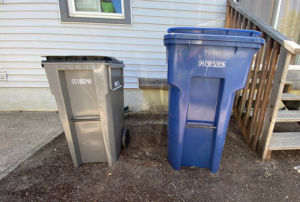 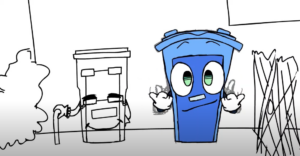 What goes into Animated Video Production?

This is the meat of all animated videos. The animator gathers all the materials; this includes painting the backgrounds, creating the individual scenes, and the character activities. A great animator will start with making the rough animation and then work on cleaning up the animation, tackle the inbetweening, coloring, and painting of their drawings. Today’s animators are using a computer and/or Digital 2D Animation software to help with the process.

The key to smooth animation.

Once the rough 2D animation is completed it will then be cleaned up and polished. This process is called tracing. Tracing can be done in two ways; by drawing in another color on the same layer, or drawing the clean image on a new layer. Inbetweening is transitional frames between two frames. Imagine a bouncing ball. You have the ball up in the air at its max point, then when it hits the ground. The in-between image would be at the mid-point of the bounce.

Most animated videos require 24 frames (drawings) per second of a finished video. Imagine that you want a 15-second video for social media or to run as a TV commercial. Your animator would need to create 360 individual drawings! That’s a lot of time. 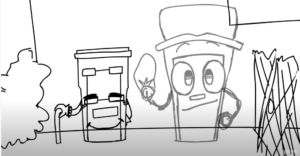 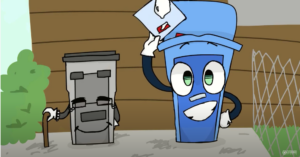 Why is Animated Video Production so expensive?

Character animation can be one of the most expensive options to produce. It is highly complicated and time-consuming especially when creating custom characters in a traditional manner.

You can reduce some costs. First, you can reduce the number of frames (Some animation can be done at 12 frames per second). Or secondly, you can opt for pre-created templates and characters. These can be a great option for those who want animation but don’t want to pay the custom cost.

This is how many frames it takes to create 15-seconds of animation.

Check out all the Spokane Recycle Directory Videos Here

About the Author: Tanya Klumb

For the past 15 years, I have been a part of various marketing teams and working with individual clients. Because of this I have taken the best practices from both the agency side and the client-side and crafted the perfect blend as the Creative Director of CutBoard Studio. Although my jobs have shown me many different perspectives, in the end, what matters most is seeing the success of the team and ultimately the success of the client we are servicing. Sometimes we can get focused on one aspect, one story line. When in reality, the requirements to do the job effectively you must see the entire picture. It is a combination of efforts, and I am prepared for the unpredictable. Within a creative team, it is important to be ready for that moment. You must have your tools ready to capture it.